The Equale series is the first Resonata Music series to feature CueParts. An ossia staff above the main stave in each trombone part contains a series of cues from the other trombones. Inspired by the instrumental parts for Benjamin Britten’s conductor-less Church Parables, these aim to aid music-making by directing the player’s listening to other parts which may be useful to hear, such as when you play together with someone else, when someone else plays something of rhythmic, melodic or harmonic importance which you need to fit in with, or (most commonly in the early choral pieces) when contrapuntal entries in different parts need to be imitated. Hopefully CueParts will remove much of the “nuts and bolts” aspect of chamber music rehearsal, allowing performers (especially those with limited rehearsal time) to get on with important musical issues rather than the bare necessities of “who plays what, where”. See CueParts in action: 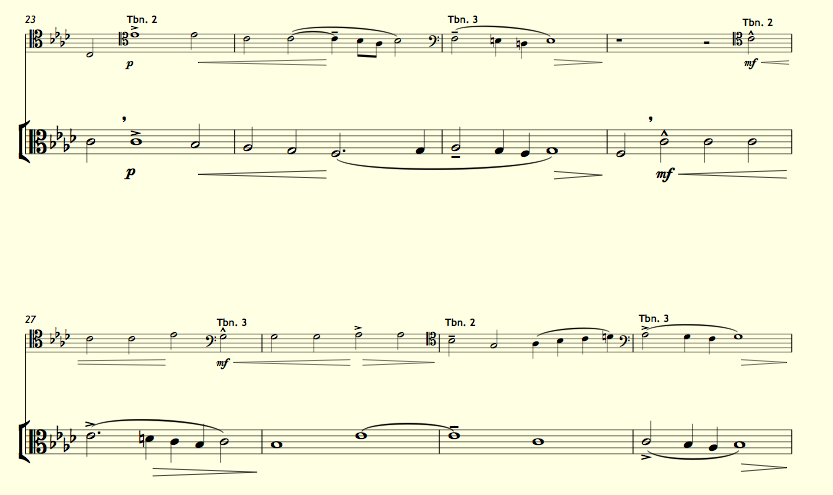